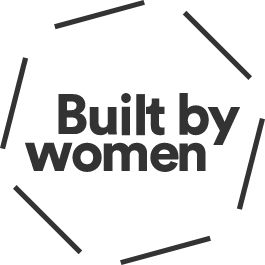 Carrie Byles, a Partner based in SOM’s San Francisco office, has over 30 years of diverse experience in design, technology, and management, with special emphasis on projects with complex programmatic and technological requirements. As part of the new generation of SOM leadership, Carrie is helping integrate technology into every facet of the firm’s practice and is transforming the practice of design itself. She is also focused on the design of high performance buildings and communities that advance social, economic and environmental issues. Examples of these advances can be seen in sustainable community designs for Treasure Island, Parkmerced and India Basin in San Francisco and cutting edge multi-disciplinary, sustainable, research and learning facilities such as the Harvard Northwest Science Building, UCSF Sandler Neurosciences Center and the David Geffen School of Medicine at UCLA.

Andrea Cochran, FASLA, is founder of San Francisco based Andrea Cochran Landscape Architecture. Her firm tackles a wide range of project types and scales, from single-family residences to hotels, wineries, affordable housing, schools, institutions, and public parks. Their award-winning work is internationally recognized, and has been featured extensively in design publications as well as the New York Times and The Wall Street Journal. Ms. Cochran holds a Master of Landscape Architecture from Harvard University’s Graduate School of Design. In 2014, she was awarded Smithsonian’s Cooper-Hewitt National Design Award in Landscape Architecture and was honored with ASLA’s Design Medal the same year. Ms. Cochran is the second woman to receive this award.

Erleen Hatfield, PE, AIA, is the Managing Partner of the Hatfield Group, a multi-disciplinary engineering consulting firm based in New York. She has over 25 years of experience in the design of complex structures worldwide. She frequently writes and presents on topics related to innovation and technology in engineering and architecture. Her firm, Hatfield Group focuses on synthesis of engineering and architecture, putting client value first. Hatfield Group uses bespoke engineering design, technology, and innovation to achieve their clients’ goals. With a keen appreciation for design she has worked on iconic buildings around the world. She sits on numerous national industry boards and teaches at the Yale University School of Architecture. Her experience includes the new $1.5B home of the NFL’s Atlanta Falcons, the Mercedes Benz Stadium, with a never been done before aperture style retractable roof. Other projects include the new headquarters for PNC Bank in Pittsburgh and the 9/11 Pavilion at the World Trade Center site in New York City.

Judith Sheine is a Professor in the Department of Architecture at the University of Oregon and is an Association of Collegiate Schools of Architecture Distinguished Professor. Sheine served as UO Department of Architecture Head 2012-17 and, previously, was Professor and Chair of the Architecture Department at California State Polytechnic University, Pomona, 2002-12. She is the Director of Design for the TallWood Design Institute, a collaboration between the University of Oregon’s College of Design and Oregon State University’s Colleges of Forestry and Engineering focused on the advancement of timber manufacturing and design. Sheine is also an award-winning architect whose projects have been published internationally and she has been recognized as the leading authority on the work of R.M. Schindler; her publications on the architect include R.M. Schindler (Phaidon Press, 2001) and her most recent book, Schindler, Kings Road and Southern California Modernism (University of California Press, 2012), co-authored with Robert Sweeney.

Cathy Simon's 48-year career has focused on transformative design at all scales. Her award-winning work comprises design for higher and secondary education, civic and commercial buildings, reinvention of historic structures, waterfront projects and urban design of numerous postindustrial Bay Area waterfront sites. In 2015, she was the William A. Bernoudy Architect in Residence at the American Academy in Rome, and has taught architecture at both Stanford and UC Berkeley where in 1996 she was the Howard Friedman Distinguished Professor of Architecture in Practice.

Claire Weisz is a founding partner of WXY, whose work as an architect and urbanist focuses on innovative approaches to public space, structures, and cities. The firm, globally recognized for its place-based approach to architecture, urban design, and planning, has played a vital role in design thinking around resiliency: combining the infrastructure of public space with working districts for and with communities. Weisz was named one of Fast Company’s Most Creative People in Business in 2017, and was most recently awarded the Medal of Honor from AIANY in 2018. She currently holds a seat on the World Monuments Fund Modern Century Advisory Council, as well as the Industry Advisory Group for the U.S. Department of State Bureau of Overseas Operations. She served on design juries, both nationally and internationally, including the 2018 Mies Crown Hall Americas Prize, Azure Design Awards; Big Ideas for Small Lots NYC Housing Design Competition and Metals in Construction Design Challenge in 2019. She has taught and lectured widely, including Yale University and MIT. Currently, Claire is professor of the Masters of Urban Design studio at The City College of New York Bernard and Anne Spitzer School of Architecture.

Joan Blumenfeld, Contract Magazine’s 2018 Legend, is a design Principal at Perkins+Will, a global architecture and interiors firm. Over the past 10 years she has been committed to achieving gender equity across all aspects of the design and construction business. As the first President of the Beverly Willis Architecture Foundation (BWAF) she facilitated broadening its mission to include changing culture throughout the industry. Joan remained President for five years, helping to grow the organization to have national recognition, and since 2011 served on the Executive Committee, stepping down on January 1, 2020. Previous and parallel to her work with BWAF Joan has been an active advocate for building better and more healthy interiors, buildings and communities. As 2007 President of AIA NYC, she worked with city agencies and the Mayor's Office, resulting in the first revamping of citywide workplace standards since 1971. She assisted NYC agencies in developing a LEED point for Active Design, and also served as the design advisor to the GSA and the CDC in creating Fitwel, a scorecard for designing healthy buildings and interiors. Joan’s widely published and award winning work is notable for incorporating socially responsible principals of designing for health and sustainability.